The healthcare environment has been on a giant roller coaster ride since President Trump has taken office, and the ride does not seem to be ending any time soon. President Trump’s foreign and domestic policy approach has been similar to the Tasmanian Devil in the Looney Toons cartoons of yesteryear. His policies come through like a tornado and leave nothing but confusion and destruction in its wake. A prime example would be his flip flopping stance on the Deferred Action for Childhood Arrivals (DACA) program. One moment he is speaking with compassion about working on finding a pathway to citizenship for them. The next moment he is throwing the Democrat and Republican lawmakers under the bus and deems that the DACA recipients are doomed. The other domestic policy that he seems to be hellbent on changing is the requirements for Medicaid.

Kentucky will be one of the first states to tie Medicaid benefits directly to an individual’s willingness or ability to work. The change to the Medicaid qualification requirement will have a ripple effect across the healthcare insurance industry, with many other states examining qualification requirements. Adam Beam from the Chicago Tribune  announced that “The Centers for Medicare and Medicaid Services announced the approval on Friday. The change will require adults between the ages of 19 and 64 to complete 80 hours per month of “community engagement” to keep their coverage. That includes getting a job, going to school, taking a job training course or community service.” This change in the policy is only targeted towards “able-bodied” adults. So the rumours and the arguments that were formed around it affecting everyone on Medicaid are not valid.  One concern I have seen brought up is that a vast number of recipients are just shy of reaching the enrollment age of 65 for Medicare. Making an elderly person of 62ish work for Medicaid benefits would be viewed as cruel, it smacks of bad optics for every lawmaker involved in this change of policy.

Requirements for Medicaid from the U.S. Department of Health and Human Services:

“You may qualify for free or low-cost care through Medicaid based on income and family size. In all states, Medicaid provides health coverage for some low-income people, families and children, pregnant women, the elderly, and people with disabilities. In some states the program covers all low-income adults below a certain income level.”

A total of nine states are now considering following Kentucky’s plan, they are Arizona, Arkansas, Indiana, Kansas, Maine, New Hampshire, North Carolina, Utah and Wisconsin. Expect many more in the upcoming months. Kentucky was just the first domino to fall. For a more detailed look at the statistical breakdown of Medicaid recipients look at the Kaiser Family report. They provide an interesting data on the work breakdown of Medicaid enrollees.

4 in 5 Americans are aware of potential changes to healthcare policy brewing in Washington, DC. 92% of them are concerned about those changes, according to Healthcare Consumers in a Time of Uncertainty, the fifth annual survey from Transamerica Center for Health Studies. Peoples’ most-shared fears are losing their coverage for pre-existing conditions, out-of-pocket spending, and […]

via Most Americans Are Concerned About Healthcare Policy, and Costs Top the List of Concerns — Anthony Williams

There has been this meme floating around leftist and feminist circles that states “healthy at any weight.” To put it bluntly, this is a statement that overweight females with low self-esteem say to make themselves feel better. END_OF_DOCUMENT_TOKEN_TO_BE_REPLACED

I recently accepted a job offer from a one of the biggest healthcare insurance companies in the country (Blue Cross and Blue Shield) after being laid off from a much smaller health insurance company called Total Health Care, which is located in downtown Detroit. I work in the Medicare Advantage (Medicare Part C) department. Before this opportunity arrived upon my door step, I only worked with commercial plans, and that was in the realm of marketing for them. END_OF_DOCUMENT_TOKEN_TO_BE_REPLACED

The much anticipated Congressional Budget Office (CBO) report on The American Healthcare Act (AHCA) came out yesterday. The facts contained within the report can be unsettling for some people. The CBO reports that by 2026 an estimated 23 million Americans will be uninsured if this plan replaces the Affordable Care Act (ACA). END_OF_DOCUMENT_TOKEN_TO_BE_REPLACED

A look at the American Health Care Act and where it comes up short.

Source: An Ethical Analysis of the American Health Care Act

If i told you that there was a drug shortage in US would you believe me? I’m talking about prescription drugs, folks. Well if you find that hard to believe, i wouldn’t blame you. We are one of the richest nations on the earth, the notion that we lack the basic medications to keep our populace healthy and full of life is astonishing. Unfortunately, the drug shortage is real. END_OF_DOCUMENT_TOKEN_TO_BE_REPLACED

A great read on the availability of healthcare in America. 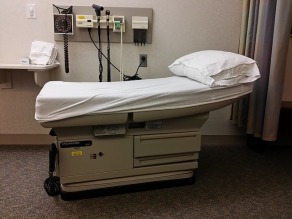 Access to health care has been a concern as long as there has been health care, and it is one of the hot-button issues of health care policy debates. The recent repeal of the Affordable Care Act and passing of the American Health Care Act (AHCA) in the House of Representatives has again brought this debate front and center. The Congressional Budget Office’s analysis of the first iteration of the AHCA indicated that it would result in 24 million less people having health insurance by 2026. It would also place more of the financial burden on people making less than $50,000 per year. However, substantial changes were made to parts of the bill before it passed in the House, and there will likely be more if it is to be passed in the Senate. There is muchdebate and dissension on what…

The first hundred days of the Trump administration has been full of drama. The majority has been justified, while some of the criticism can fall in the category of hyper partisan politics. This is normal in today’s political climate in Washington D.C. and extremely detrimental to the well being and security of the American people. President Trump promised to repeal the Affordable Care Act (ACA) that was passed under former president Obama.

END_OF_DOCUMENT_TOKEN_TO_BE_REPLACED

Healthcare in America has become a divisive issue over the years. Political parties have gone to war with each other over the years in truly honest attempts to bring more cost-effective healthcare and access to affordable healthcare insurance to the American public. The Patient Protection and Affordable Care Act was passed into law in 2010 under President Obama’s administration. The statute was enacted by the 111th United States Congress. One of the primary goals of the ACA was to deliver quality health outcomes, to lower costs, and greatly help to improve accessibility. END_OF_DOCUMENT_TOKEN_TO_BE_REPLACED